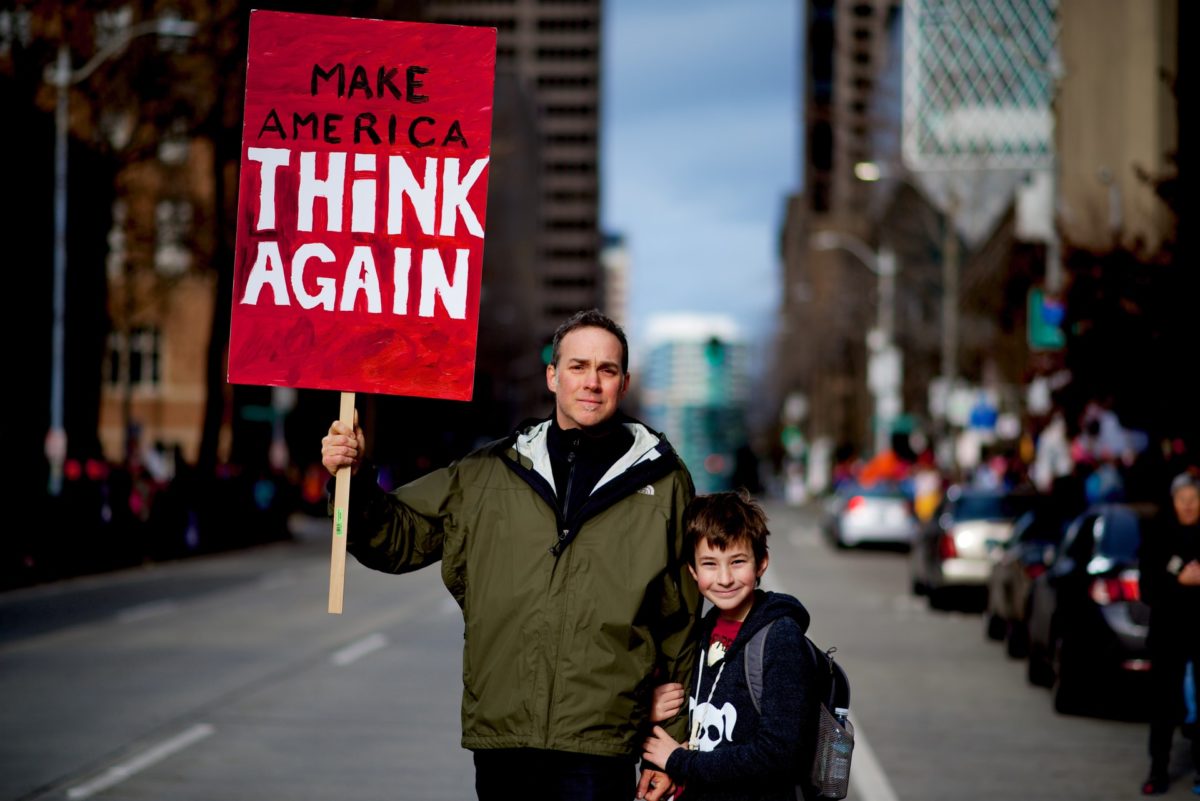 Love comes with a knife, not some shy question, and not with fears for its reputation!

Almost five years ago, as the reality show you called the 2016 Presidential Primaries was kicking off, I wrote you a letter. I took a tone, granted — one I know that some parts of your body politic (especially progressives, who questioned my right to question their right not to question) didn’t appreciate. My intention in writing to you was to let you know that, as critical as I was, as a taxpayer, and an Australian resident of San Francisco (at the time), I was on your side. I believed in you. I was down to help.

Later that year, as it became evident that Trump was likely to ‘win’ the Whitehouse (like it’s a turkey raffle), I took a call with a friend who asked me if “we would be ok to just up and move to Australia.”

My answer was along the lines of: “This is not the time to walk away, we need to be ready to race into the burning building.” I had never been one to back down from a fight, and thought, from my position of hubris and privilege, that making a dent in the most influential economic, social, military and media markets was what was necessary to ensure a thriving humanity.

And after another three years in the trenches, battling conservatives and progressives (and my own hard won neuroses) alike, after experiencing the steady erosion of critical thinking and the collapse of public discourse, I decided I’d had enough.

So I packed what little I owned and boarded a flight to Barcelona, via Colombia, on my way to France.

I left your once-fabled shores because I no longer felt safe. And if I, as a straight, white, middle-aged guy didn’t feel safe with you, how do you think the rest of your citizens, who don’t look like me, felt? How do you think they feel now, as their communities are ravaged by the pandemic, their livelihoods are under threat as a result of spiking unemployment, their homes are under threat due to their inability to make mortgage and rent payments?How do you think it feels to watch you spend billions on ‘border protection’, and economic stimulus for massive corporations, while people at home are living on the knifes edge of a perfect storm of truly existential threats? While your elected officials play craps with healthcare, welfare and social justice, and gather to debate whether or not the lawful exercise of a citizens right to vote should be capriciously over-turned despite the total absence of anything even remotely approaching evidence of voter fraud or corruption?

How do you think a clear headed person of color must feel when they look at the remarkably different way you handled security at the Capitol between a (relatively) peaceful BLM protest, where the National Guard were suited, booted and standing at the ready with automatic weapons, to yesterday’s events, where Capitol police were ineffective at best, and the National Guard was absolutely nowhere to be found?

Is this the best you can do? Seriously?

Since I last wrote to you, I’ ve been busy, but I’ve also been relatively quiet — silently watching, wondering if you might (finally) get your shit together. But after watching every insult, every injury you have permitted to be wrought upon your citizens, and the blowtorch you’ve taken to international institutions that exist for citizens everywhere, witnessing your callous disregard for the wellbeing of your people through the COVID pandemic, and the crowning achievement of a mob of (almost exclusively) angry white men storming the capital, I can only conclude that the answer to my rueful rumination is a resounding ‘no’.

So here we are again.

By any reasonable measure, you are not a shining paragon of democratic virtue, and the rhetoric that continues to issue forth from your highest political office — the myth of American exceptionalism — is a poison that infects everything you touch. Every time you declare yourself ‘the most’ — the most powerful, the most prosperous, and most dangerous of all, the most free — you give credence to a falsehood as old as humanity; that measuring one’s worth, and declaring ones worth, equates with worthiness. That measuring ones freedom and declaring ones freedom equates with being free.

It most clearly does not.

Further, on almost every objective measure of what matters to citizens of any nation, you lag significantly behind others that are less concerned with declaring their good, and more intent upon simply doing it.

The cost of your delusion is the trashing of your democratic institutions, such as the world has witnessed this week. To call it ‘anarchy’ however, is to fail to appreciate that this was predictable, foreseeable, and preventable. This was not anarchy. This was organised insurrection, cheered on by an absentee President who had been empowered and emboldened not just by four years of sycophancy from elected enablers, but by social, political, economic and judicial systems that have long been perverted and bent to the will of the wealthy white of your nation.

Impeaching Donald Trump, or removing him from office, does nothing to address the corruption of your institutions. Electing Joe Biden does nothing to address gerrymandering, and the consequences for representative democracy. Blocking Trump’s tweets, or suspending his Facebook account does nothing to change the algorithms that social media companies have developed in the interests of ‘stickiness’ that now have the entire world caught in the glue trap of ideological echo chambers. Refusing to broadcast Trump’s lunacy does nothing to address the enshrinement of ‘maximising shareholder value’ that encourages media executives to prioritise sensationalism over substance. Charging, trying and even imprisoning Trump will do nothing to release you from your wilful enslavement to a set of 18th century ideals that you have exalted to the level of religious dogma.

The constitution is not a sacred text — and even if it were, to permit yourselves to be ruled by religious ideology, and to seek to convert other nations and their citizens to follow you with the fervour of the righteous, does not make you free. It makes you a caliphate, using coercion and force to ensure compliance.

It makes you much more like ISIL than Ancient Greece.

You are the great, lumbering, mentally unstable Peter Pan of the world — so drunk with your own power, so narcissistically intoxicated with your own magnificence, that you fail to recognise that in your toxic belief that you are ‘the greatest nation on earth’ you set yourself at odds with every citizen of every other nation.

While some might look on in horror at the events in your national Capitol, appalled that such a thing could happen in the USA, just as with every other globally televised tragedy that has befallen your nation in the past fifty years, some of us see nothing more than inevitability.

It’s time for some self reflection. It’s time you took a good hard look at yourself and grew the fuck up. You are not a nation where ‘the rule of law’ is sacrosanct. You are almost certainly not a democracy, despite your pretensions of being so. And you are definitely not a nation that respects and protects the rights of all citizens. You are, like every other nation on earth, an experiment in service to your citizens. The purpose of an experiment is to learn, something you have thus far proven yourself patently unwilling to do.

If you think that everything will change for the better on January 20, you are as grievously deluded as if you believe it will all change for the worse. Until you are willing to address the root cause of your sociopathy, until you are willing to confront those elements of your national psyche that have made you a pariah on the global stage, you will continue to tear yourself apart, and sink further into ignorance and ignominy.

You will continue to fracture, and continue to burn, inevitably bringing credence to what the rest of the world already sees. You are not united.

I first wrote An Open Letter to America during the 2016 presidential election.